How One Person Can Change the Conscience of an Organization 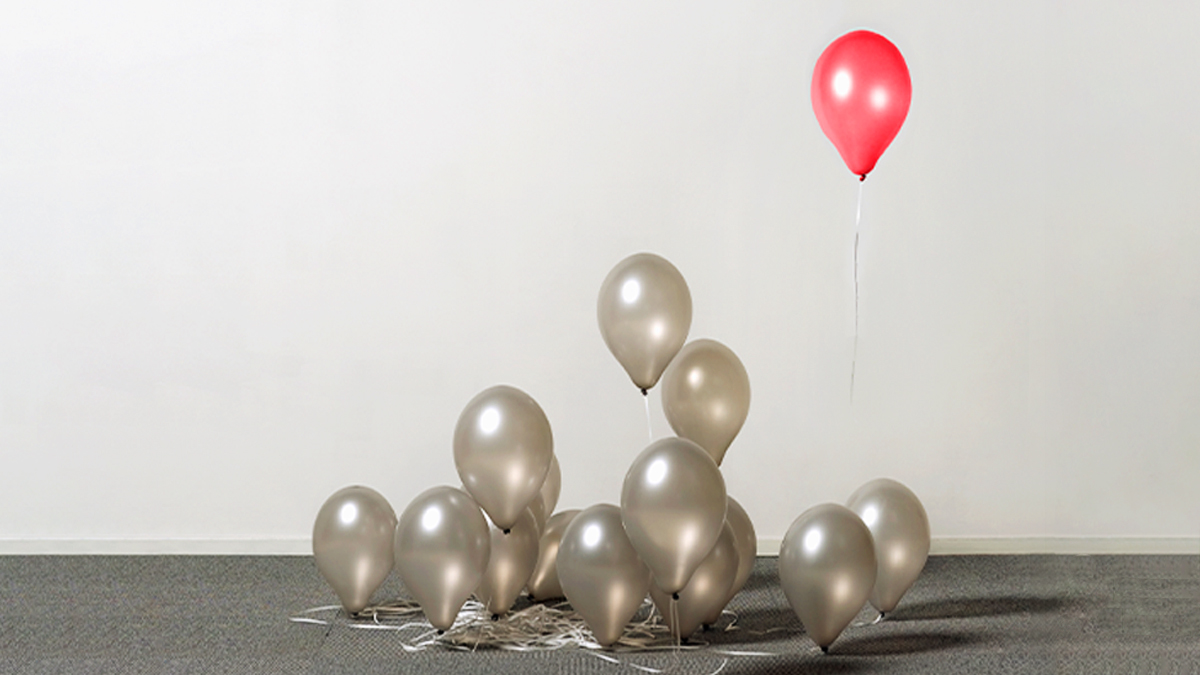 While corporate transformations are almost universally assumed to be top-down processes, in reality, middle managers, and first-line supervisors can make significant change when they have the right mindset. Dr. Tadataka Yamada was one of dozens of executives the authors spoke to over the last several years to learn how one can succeed in making positive change in large organizations. His story shows many of traits the authors observed in interviews. He had a clarity of conscience and was willing to speak up. He took every chance, even small ones, to hone his skills of challenging the status quo for the greater good. He didn’t let tough challenges gradually slip from focus because they were “too big” to tackle in the moment. Finally, he centered his purpose on helping those with less privilege.

In December 2000, when Dr. Tadataka Yamada became the new chairman of research and development at Glaxo SmithKline, he was horrified to learn that his company was a complainant in a lawsuit over access to drug therapies for HIV/AIDS patients. GSK was one of 39 pharmaceutical companies charging Nelson Mandela and the government of South Africa with violating price protections and intellectual property rights in their efforts to access lower priced antiretroviral drugs. Close to 25 percent of black South Africans were living with HIV/AIDS and at the time, antiretroviral therapies cost approximately $1000 per month—more than a third of the average South African’s annual salary, putting treatment out of reach for most patients.

Yamada held discussions with his research staff and quickly learned that he was not alone in his opposition to the lawsuit. The team wanted to be a part of the solution to global health issues, not party to a lawsuit preventing such drugs from reaching those in dire need, but they felt they lacked the power to change the company’s direction. Yamada felt differently. In one-on-one meetings with individual board members of GSK, he stressed the company’s moral responsibility to alleviate human suffering and tied it to the long-term success of the company. He stated that GSK can’t make medicines that save lives and then not allow people access to them. He noted the public relations disaster associated with the lawsuit, and set forth a vision, co-created by his team, for how GSK could also become a leader in the fight against TB and malaria, diseases that also were disproportionately impacting third-world populations. The external pressure did not abate, with protests against many drug companies around the world.

In April, 2001, all 39 companies dropped the lawsuit against Nelson Mandela; GSK and others reduced the prices of antiretroviral drugs by 90% or more. Furthermore, under Yamada’s direction, one of GSK’s major laboratories in Tres Cantos, Spain, was converted into a profit-exempt laboratory that focused only on diseases in the developing world, including malaria and tuberculosis. Using his influence, Dr. Yamada also spurred GSK into allocating resources for affordable access to medications and development of future therapies. Subsequently top executives at GSK became leaders in global health issues. Andrew Witty assumed the CEO position at GlaxoSmithKline in 2008 and became one of the leading spokespersons for global health in the pharmaceutical industry. Chris Viehbacher, corporate executive team member at GSK, subsequently became the CEO of Sanofi, and a champion of global health. Both have since partnered with the Gates Foundation on global health initiatives.

Most people would love to be a part of such an amazing turn of events, yet this kind of transformation doesn’t happen very often. While many helped with these efforts, what made it possible for Dr. Yamada to step forward with a steady voice and a sound vision? In several interviews with Dr. Yamada we identified four key mindsets that helped him catalyze this transformation.

A single person with a clarity of conscience and a willingness to speak up can make a difference. Contributing to the greater good is a deep and fundamental human need. When a leader, even a mid-level or lower level leader, skillfully brings a voice and a vision, others will follow and surprising things can happen—even culture change on a large scale. While Yamada did not set out to change a culture, his actions were catalytic and galvanized the organization. As news of the new “not for profit” focus of Tres Cantos spread, many of GSK’s top scientists volunteered to work there. Yamada’s voice spoke for many others, offering a clear path and a vision for a more positive future for all.

Prior to GSK, Yamada had a lot of practice with smaller challenges, from caring for the most complex patients in the intensive care unit, to becoming a department head and national leader in his field. Along the way he also led other efforts to change the status quo by actively helping more African Americans and women to join the gastroenterology faculty at the University of Michigan. The lesson is not to underestimate any chance you have, even if small, to hone your skills of challenging the status quo for the greater good. Train your “courage for challenging convention” muscle consistently, so that it’s ready when needed. At GSK, he first invited the input of his team, ultimately resulting in the plan to convert the Tres Cantos laboratory to a “not for profit” disease focus. He did not wait for someone else to speak out first, or for a committee to be formed to study the issue. He had built the skills to quickly recognize the problem, and also to advocate for a better way—a way GSK could become a leader in the fight against diseases that might not be profitable but would help countless individuals in dire need.

It’s easy to say, “This will take some doing; I’ll think about it later.” Combined with an unconscious “This could be dangerous for my career,” it can be easy for tough challenges to gradually slip from focus. Over time the unacceptable can become the norm, and the energy for change dissipates. But Yamada didn’t accept the unacceptable; his focus and determination were well honed. He emigrated from Japan as a teenager and entered the demanding field of medicine. Along the way he took up marathon running and edited a seminal 3440-page textbook of Gastroenterology, among many other achievements. Attacking challenges was not just an occasional adventure—it’s been a way of being, as well as a highly successful career path. Assuring success of the Tres Cantos lab was not accomplished with a simple signature on a document. The laboratory was initially funded by GSK with the expectation that the researchers would soon obtain external grants so the output from the lab would not have expectations of making a profit for GSK. Partnerships with many organizations and universities were also initiated and sustained to help support this work.

While such a mindset is not required for transformation to occur, most would agree that it’s even better, and more rewarding, when transformation also helps those with less privilege. Dr. Yamada, trained over many years in the “patient first” culture of medicine, had a well-honed awareness of the larger change he could bring because of his voice, and a vision for the positive impact GSK could bring to South Africa—and other countries in dire need of low cost, life-saving drugs to treat HIV, TB, and malaria. His team, and ultimately many others at GSK, shared a desire to help those less fortunate. The work done by the Tres Cantos lab continues to impact countless people in poverty suffering from TB, malaria, and many other diseases.

Speaking of the lawsuit that sparked his transformational leadership, Yamada said: “It was obvious we could reduce the price, but beyond that I felt it was really important for the company to make a commitment to making medicines for people where we might not make profit, but where we could have huge medical impact.”

With the support and efforts of many at GSK, this positive vision and pathway for action reverberated across the organization and helped energize a culture shift. The changes catalyzed by Yamada continued after he left GSK in 2006 to become President of the Global Health Program at the Bill and Melinda Gates Foundation. Today GSK is one of the top pharmaceutical companies for global drug access and global health initiatives. In just the past 3 years Tres Cantos researchers have co-authored over 100 scholarly research publications. The laboratory continues to provide independent researchers access to GSK facilities, expertise and resources to advance the understanding of diseases of the developing world.

Yamada was one of dozens of executives we spoke to over the last several years to learn how one can succeed in making positive change in large organizations. In these interviews, we heard accounts that reflect the mindsets Yamada described. In nearly every case we saw the power of one. In one example, a woman in a Fortune 50 company shared her experience in transforming her unit in Brazil. After being promoted to a senior position at headquarters, she saw the need for change, but the politics were more intense, and her previous experience seemed irrelevant. With unwavering focus, she pressed forward and succeeded. In reflecting on her success, she noted that challenging the status quo is a skill that one can develop, and it applies at every level. In another case, a woman in a Fortune 500 company was promoted to oversee a large but failing business line. The eight people who preceded her were all fired. She spent months examining the organization and formulated a strategic plan. It required serious work at the top. Her boss said no. Using all her acquired skills and courage, she led her boss until he was ready to change. The organization turned around.

These stories remind us that while corporate transformations are almost universally assumed to be top-down processes, in reality, middle managers, and first-line supervisors can make significant change when they have the right mindset.